Meet Zag, a 22 year old, very lucky iguana, with a very dedicated owner. Zag had been off colour and had not eaten for a little while. Her owners had noticed that she had laid a single egg five weeks previously but not her normal number. Radiographs were taken which demonstrated four large eggs, but also free fluid in her coelomic cavity (this was also palpable on clinical examination).

Zags owner allowed us to take her to surgery where we discovered a number of abnormalities. Her coelomic cavity was full of yolk that had ruptured out of a very abnormal and grossly enlarged ovary. The four large eggs were in her oviduct but it had twisted around on its self multiple times, meaning that the eggs were stuck inside.

Zag was spayed and her coelomic cavity was flushed with copious amounts of fluid but she was suffering from severe peritonitis as a result of all her internal organs literally swimming in yolk.

Zag has been undergoing weeks of nursing in hospital and at home and we are pleased to say she in on the mend. 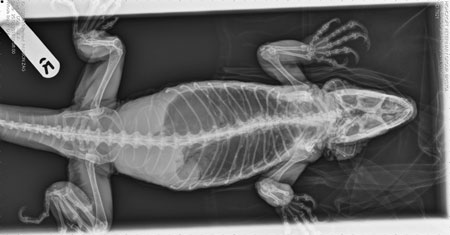 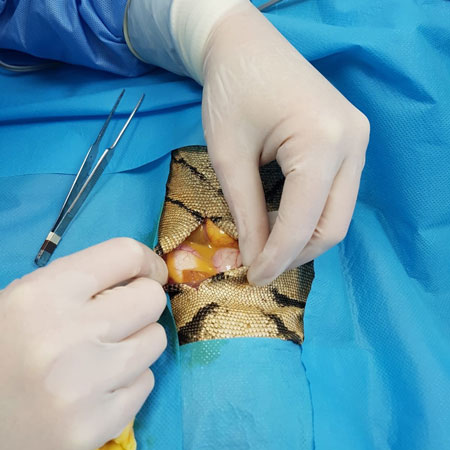 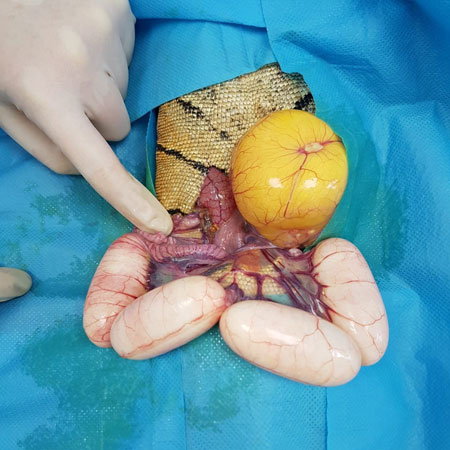 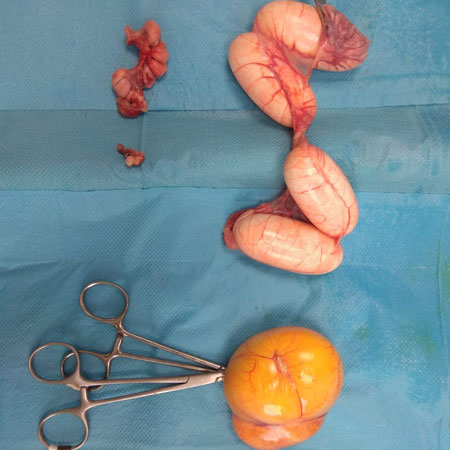