A Gonadal Stromal Tumour in an African Pigmy Hedgehog

A three-year-old, female, entire, African Pigmy Hedgehog (Atelerix albiventris) initially presented after her owner found her straining in her litter tray, she later passed a small section of soft tissue material from her vulva. The owners reported no other concerns and at the time, the hedgehog was eating and active. A short general anaesthesia was induced to allow a clinical examination, but no abnormalities were detected. The tissue sample was sent for external histopathological analysis, and it was identified as ovarian tissue. Further investigations were discussed and recommended, however, the owner declined in favour of monitoring the hedgehog.

Four months after the initial consultation, the owner was concerned that the hedgehog was unable to curl into a ball, she had been off her food for a few days and was becoming steadily more lethargic. Her weight had increased by ninety grams but her body condition had deteriorated.

On clinical examination, performed under general anaesthesia, she was tachycardic, tachypnoeic, her mucous membranes were pale and she had a large palpable abdominal mass that could be visualised through her skin. She had also developed a small mass on the left-hand side of her sternum (Figure 1). 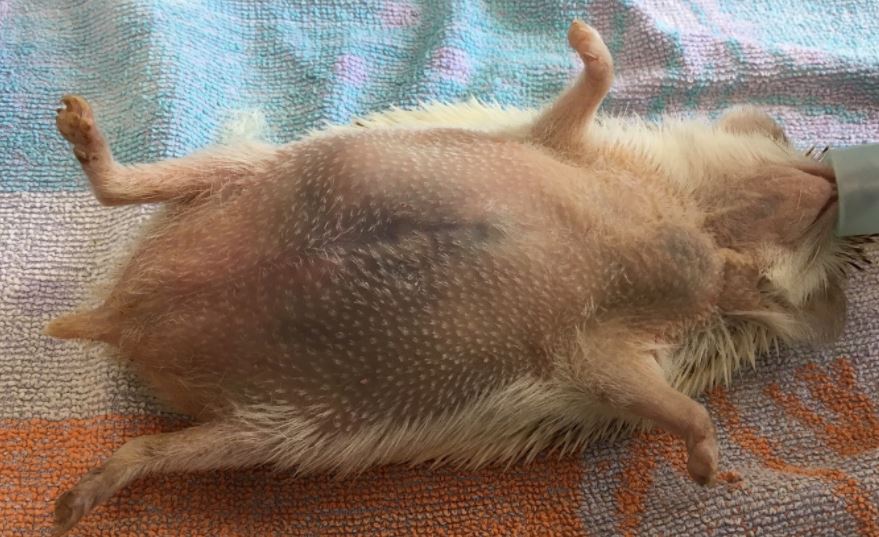 Figure 1: A picture showing the hedgehog under general anaesthesia to allow a thorough clinical examination to be performed. The sternal and intra-thoracic mass can be clearly seen under the skin.

The owner consented to radiographs being taken whilst under the general anaesthesia to assess the extent of the distended abdomen (Figure 2). The abdomen contained a large nodular soft tissue density, minimal differentiation between it and the other organs were possible.

In light of these results as well as the previous histopathology results, exploratory surgery was undertaken. The sternal mass was excised at the same time. 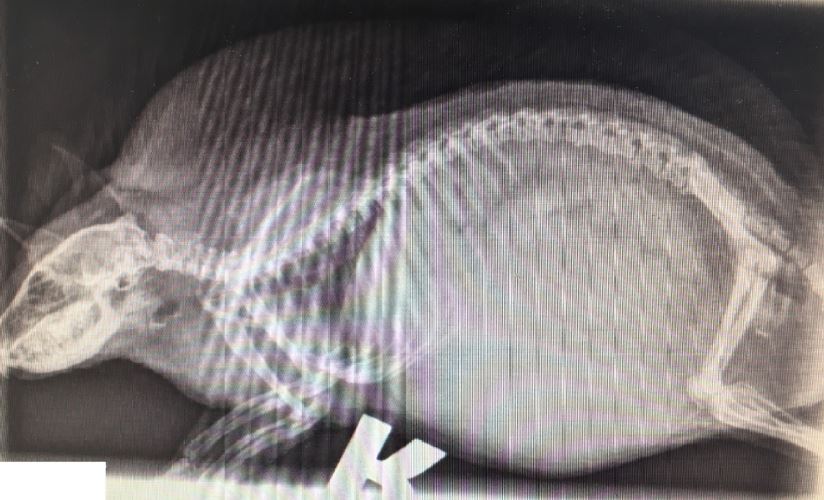 Figure 2: A right lateral radiograph demonstrating a large soft tissue density in the hedgehog’s abdominal cavity, causing this gross distention, and preventing the hedgehog from curling into a ball.

The hedgehog was administered with 0.05mg/kg subcutaneous (SC) buprenorphine and maintained on 3-5% sevoflurane throughout the surgery. 10ml/kg of warmed Hartmanns (CSL) was provided SC throughout the surgery via a butterfly catheter. The mass, which turned out to be the right ovary, was exteriorised via a midline ventral incision (Figure 3), and an ovariohysterectomy was performed (Figure 4). The abdomen was flushed with warm saline and the surgical site closed. The reproductive tract was sent off for histopathological analysis. The hedgehog recovered well and started eating immediately post-surgery. Analgesia was continued during recovery and for 3-5 days post operatively in the form of 0.2mg/kg meloxicam given orally. 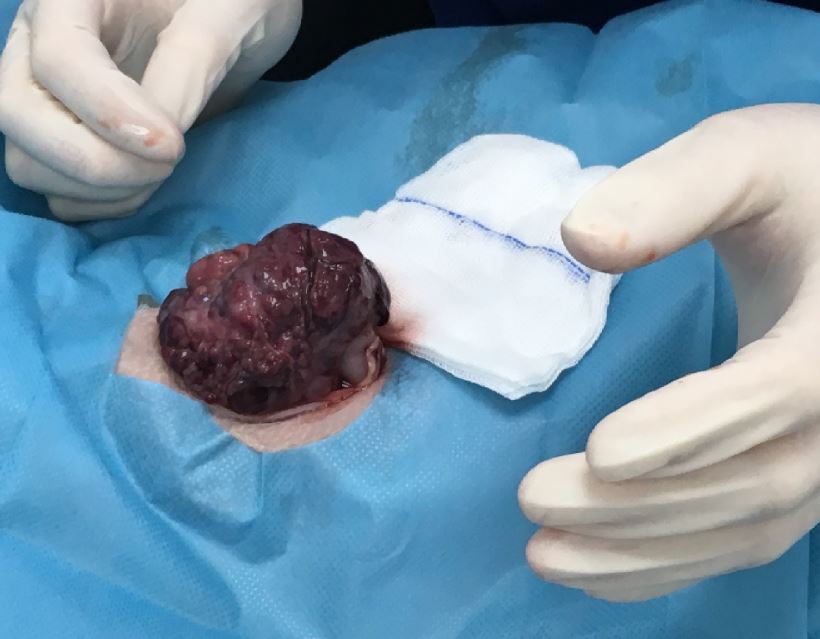 Figure 3: The initial exteriorisation of the mass via the ventral midline incision. 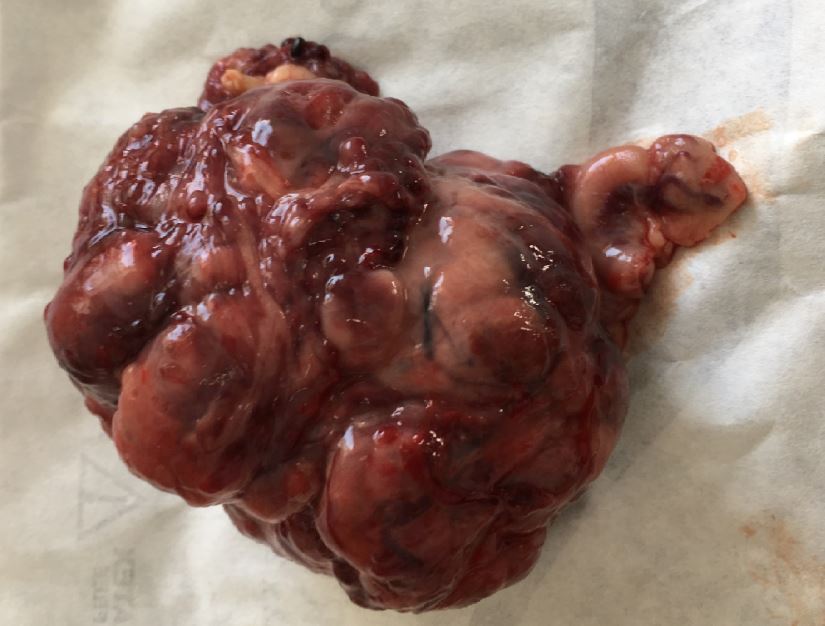 Figure 4: The abnormal right ovary attached to the rest of the reproductive tract.

On histopathological analysis, the sample was described as being highly necrotic with only small sections of tissue that could be identified. The viable tissue was composed of slightly pleomorphic, predominantly polyhedral cells, arranged variously as solid sheets, or small nests or cords, occasional primitive tubular structures and sometimes lining variably-sized cystic structures filled with blood. The neoplastic cells exhibited considerable anisokaryosis, with some moderate nuclear atypia, and mitoses were fairly frequent (up to 4 per single high-power field). The amount of necrosis made it almost impossible to make a reliable assessment for possible infiltrative spread into the mesovarium. A gonadal stromal tumour was the most likely differential.

Gonadal stromal tumours are tumours of granulosa and theca cells and their lutinised counterparts. There are only a few reports of ovarian tumours in African pigmy hedgehogs, but teratoma and granulosa cell tumours have been reported previously. These tumours may be benign or malignant and malignancy is best justified on lymphatic/ vascular invasion or spread out into the peritoneum, neither of which can be confidently assessed in this sample. A cautious prognosis was suggested by the lab.

Sadly, the hedgehog was euthanised several weeks later after multiple other masses formed.

Lymphoma? A Terrier with a huge abdominal mass